On this day in 1969, Vang Seu, then a 2nd lieutenant in the Royal Lao Air Force (RLAF), was shot down in the Plain of Jars, Laos. A now declassified report details his rescue from the clutches of three communist battalions by a U.S. Air Force (USAF) pararescue team.

The rescue involved no less than 18 people risking their lives and braving direct, enemy fire for nearly three hours. From the air, four attack planes (Sandy 1,2,3,4) fought to keep the enemy at bay and provided cover for other members of the rescue team operating in two Jolly Greens (JG). Two Hmong Chao Pha Khao (RLAF) looking for my father joined the fight. From the ground, my father moved around finding cover and radioing Raven 44 (James Henry Hix, Jr.) when it was safe and helped pinpoint the communists. For three desperate hours, my father evaded his pursuers. With the communists closing in on him, he prayed to our ancestors for guidance: to follow a creek upstream or reverse course and go downstream. At that very moment a snake appeared across his path forcing him to retreat.

My father was eventually rescued, suffering first and second degree burns over large areas of his body. He was hospitalized and did not return to combat until 50 days later. The USAF pilot of the JG that pulled him from the jungle received his first Distinguished Flying Cross for this action. (It is unknown if others received commendations, too.)

Robert Thorne (then captain) shared with me that his team was monitoring radio chatter from Udorn, Thailand. They were only authorized to respond to downed USAF. They had no authority to help my father. But his team didn’t think twice—they were in the air within 5 minutes of hearing the call.

Vang Seu lived to fly 4,000 more combat missions thanks to the bravery and selflessness of 18 individuals. The search and rescue team were USAF. Two RLAF (possibly Yang Xiong and Vang Cheng) joined in as the rescue effort progressed. The men who saved my father were:

These two were likely Vang Cheng and Yang Xiong. At that time, Vang Cheng and Vang Seu were Yang Xiong’s wingmen. (See William Platt’s account of their mission on 12/25/1969 in his book, 𝑳𝒐𝒘 𝒂𝒏𝒅 𝑺𝒍𝒐𝒘)

for providing the crucial information that helped identify these men! ** 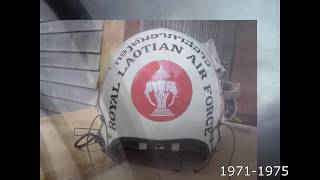 RLAF Project: What's it all about?

A Friend of the Family

Memorial Day 2020 We remember and honor those who gave their lives for our peace and freedom. 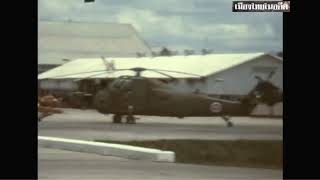